As the Love for Bacon increases, the Market Grows and Demands More

Organic bacon is highly demanded as the consumers have a perception that it typically contains higher concentrations of nutritional compounds and thus is healthier. 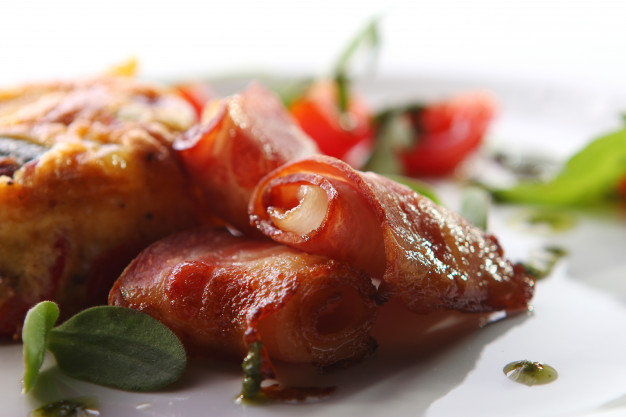 With the development of meat processing technologies and an increase in the demand for meat protein, the bacon market has experienced tremendous growth during the past decade. The upsurge in demand for pizza, sandwiches, and hamburgers has also bolstered the bacon market growth. However, bacon contains some amount of fats and sodium that increases the risk of heart diseases and blood pressure, which restricts the demand for bacon. Development in new products like turkey bacon is expected to provide lucrative opportunities to the bacon market in the upcoming years.

The significant shift of the people toward convenience foods in developed countries such as the US, Canada, Mexico, Germany, France, Italy, and China, is driving the demand for bacon market globally. Bacon is extensively used by individual consumers and by foodservice providers. Bacon offers food service providers, restaurants, and other consumers a simple and easy way to offer a great variety of food options. Therefore, the increasing demand for bacon for the preparation of various recipes is projected to drive market growth.

The growth of the organic segment is primarily attributed to the fact that they are free from antibiotics and preservatives. Organic bacon is highly demanded as the consumers have a perception that it typically contains higher concentrations of nutritional compounds and thus is healthier. The pigs are fed a vegetarian and organic diet consisting of corn, alfalfa, and minerals before obtaining organic bacon from them. Mainly, organic bacon starts as a lean belly that had been trimmed by expert butchers and then smoked on applewood at low temperatures. They are uncured and free from nitrite and nitrates. Some of the brands associated with organic bacon are Applegate Organic Bacon, Organic Prairie Bacon, and Pasture Perfect Free Range Bacon.