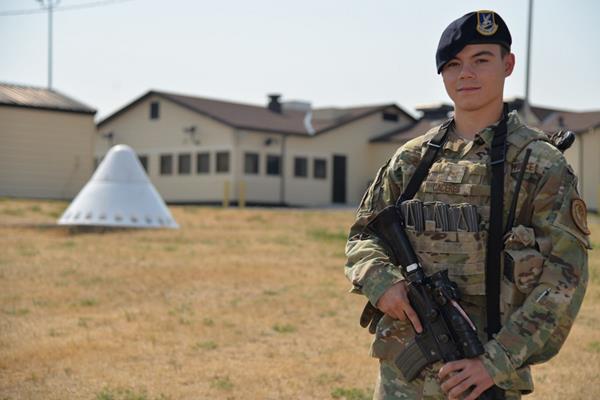 The contract, secured under the AFWERX Small Business Innovative Research (SBIR) program, supports the adoption of innovative commercial technologies for military use. With the initiative, Street Smarts VR (SSVR) will adapt training scenarios to the requirements of AFGSC Security Forces, to be delivered via a VR training system secured under an existing contract.

AFGSC Security Forces have a mission set that is unique and distinct from other Security Force units – namely the protection and defense of the nation’s nuclear missiles and bombers. The Air Force Global Strike Command provides strategic deterrence, global strike, and combat support. It is responsible for the nation’s three intercontinental ballistic missile wings, the Air Force’s entire bomber force, the Long Range Strike Bomber program, Air Force Nuclear Command, Control and Communications systems, and support to organizations within the nuclear enterprise.

The adoption of VR training aligns with the Security Forces Enterprise Plan 2020, which aims to exploit new and emerging technologies that modernize equipment and make Defenders more proficient, helping ensure that Security Forces can protect the Nation’s Air and Space Combat Power and Strategic Nuclear Mission.

“Street Smarts VR is honored to bring all the advantages of tailored content and leading-edge commercial VR to the training requirements of AFGSC Security Forces,” said Oliver Noteware, co-founder and CEO.  “As a team of veterans, we understand both the importance of the mission and the demands of the training to support it. We’re dedicated to providing accessible, realistic, and affordable training that develops the decision-making and tactical skills required to maintain the absolute highest level of readiness.”

The contract work, valued at just under $1 million dollars, will be performed at AFGSC Security Force headquarters at Barksdale Air Force Base, Shreveport, Louisiana. Deployment locations of the training system are yet to be disclosed.