Almost half of Americans are worried about their financial future 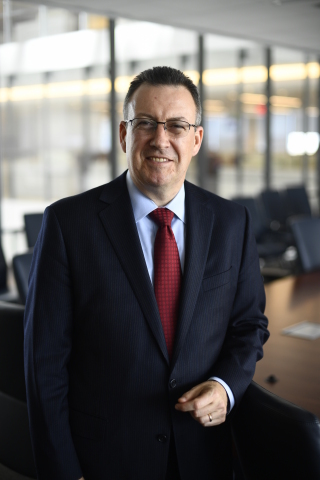 The first months of the COVID-19 pandemic largely wiped out three years of financial gains in the United States, with more than half of Americans reporting their financial health has been compromised. People of color, women, younger generations and small business owners were among those disproportionately affected, Prudential’s 2020 Financial Wellness Census™ finds.

“This crisis exposed deep fissures in our public health and economic systems, pervasive racial and social inequity, and how weak our collective immunity is to financial disruption,” said John Kalamarides, president of Prudential Group Insurance. “Tackling these systemic vulnerabilities will require bold thinking and public/private partnerships to help our society overcome financial fragility and prosper through an inclusive recovery.”

Fielded in May 2020, the study shows nearly one-in-five respondents said their household income was cut by half or more in the months following the pandemic’s outbreak, with 17% losing employer contributions to a retirement plan, 14% losing health insurance and 10% losing group life insurance benefits, eliminating critical safety nets.

The negative impact is disproportionately high for certain segments of the population. For example, while 48% of all of those surveyed said they were worried about their financial future, 56% of Black Americans and 56% of Latino Americans said they were worried about their financial futures. And while 17% of all Americans reported being unemployed, that figure was considerably higher for those with household income under $30,000 (34%) versus those with household income of over $100,000 (8%).

Where 17% of respondents said their household income was cut by half or more, that number rose to 31% for gig workers, 25% for LGBTQ Americans and 24% for those employed in the retail industry.

The results are a startling contrast to findings just months earlier, in December 2019, showing Americans were financially on the upswing. More than half (52%) ranked themselves financially healthy by objective measures, up from 46% in Prudential’s first Financial Wellness Census conducted in October 2017.

Additionally, the economic fallout from the pandemic shrunk the portion of respondents who qualified as financially confident to 36% from 40% in 2019, while swelling the number of those who are discouraged to 33% from 31% in 2019. Regardless of household income, the survey revealed nearly half of Americans (48%) are worried about their financial future, up from 38% just a few months earlier.

Asked what changes they would like to see as a result of the COVID-19 pandemic, census respondents cited more affordable health care, more flexible work options and better government programs to support small businesses. Those with lower incomes were most focused on changes that strengthen their finances and social safety nets, citing affordable health care and universal health care coverage, better government support of small businesses and the unemployed, a higher minimum wage and more protections for workers.

The data also show that Americans most often look to the federal government for financial assistance in times of crisis (32%), followed by family and friends (28%), then state and local governments (27% and 17%, respectively).

Employers also play a critical role when it comes to financial health. The workplace benefits Americans most value include retirement savings opportunities, paid time off, and comprehensive health care and prescription drug coverage, according to the census.