Will COVID-19 Cause the Death of Touchscreen Displays?

People are now scared to touch surfaces as they fear the presence of novel coronavirus. Other than personal phones, experts believe that all other forms of touchscreen displays might vanish. 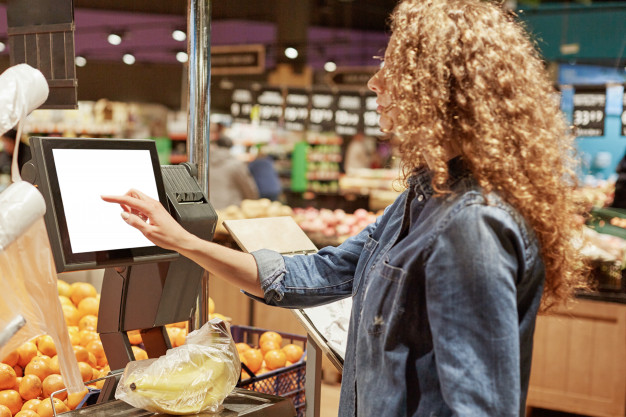 The world of touchscreen displays before COVID 19, was entering a phase where everything could be done with just a touch. These displays were even taking away human jobs. These screens were seen replacing staff at restaurants like McDonald's for ordering, payment counters at malls, and even ticketing counters at railway stations. But now, consumers are scared to touch surfaces which might prove to be a downfall for the industry.

Finding bacteria on these screens is nothing new though. In a 2016 American Journal of Infection Control study, 100% of the 17 public grocery store touchscreens tested were found to have bacterial on them and 59% were found to have dangerous bacteria. In the UK, a 2009 study of London's public transport network showed that more than 60% of touch surfaces had high levels of bacterial contamination.

"When the average supermarket check-out touchscreen is used as often as 350 times a day by different consumers, it is not hard to understand how easy it is for the screen to become contaminated and also just how difficult it is to find time slots to properly clean them and to keep them sanitised," said Saurabh Gupta, Director of Out-of-Home Product at Ultraleap.

But now, as people become more aware and scared of the screens, they have lost the 'wow' as well as the convenience factor. The history of this technology goes back to 1965 where the first finger driven touch screen was invented by EA Johnson. It was only in 1993, when the first touchscreen phone, called the Simon Personal Communicator, was launched by IBM and BellSouth. The last decade has seen the most use of these displays for every purpose. This technology that was first seen by commoners in Star Trek: The Next Generation in 1987, had become a way of life by early 2000s. From ATMs, cars, public transport, offices, restaurants, malls, and even personal devices, touch screen displays have entered every walk of life making it a US$ 57.1 Billion market in 2018.

But now, consumers have raised concerns about touching public screens at self-service, supermarket checkouts, in health centres and at public transport ticketing kiosks as they look forward to a world post-lockdown. Research by natural user interface company, Ultraleap, in late April and early May, found that among 538 respondents split almost 50:50 between the United States (267) and the United Kingdom (271), just 12% (14% US / 9% UK) believed that touchscreens in public spaces are hygienic.

When looked at the silver line of people being scared to touch screen, this can give rise to 'touchless' surfaces market. "Touchless gesture-based interfaces are clearly preferred as a future option over touchscreens, counter service, or mobile apps," said Steve Cliffe, CEO of Ultraleap. "With consumers stating that the number one drawback of public touchscreens is that they are unhygienic and that the single greatest benefit of "contactless" is that it's touch-free, we believe gesture control technologies will play a significant role in restoring consumer confidence in retail and other public environments in a post-COVID-19 world."

Experts believe that post lockdown, life will be completely different. Consumers priorities have changed a lot that will affect their buying decisions. With the fear of touchscreen displays, the way of buying is also expected to change and the world will see a new generation of devices altogether.