The numbers, expected to be announced on Wednesday at a White House signing ceremony between Trump and Chinese Vice Premier Liu He, represent a staggering increase over recent Chinese imports of U.S. manufactured goods. 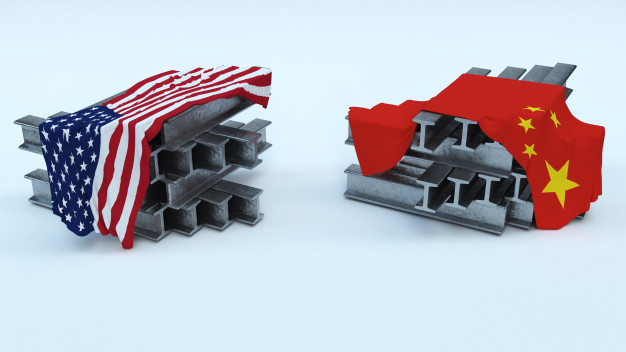 China has pledged to buy nearly an additional $80 billion of manufactured goods from the United States over the next two years, plus over $50 billion more in energy supplies, according to a source briefed on a trade deal to be signed on Wednesday.

Aiding a sector that enjoys a rare trade surplus with China, Beijing would also boost purchases of U.S. services by about $35 billion over the same two-year period, the source told Reuters on Monday.

The Phase 1 agreement calls for Chinese purchases of U.S. agricultural goods to increase by some $32 billion over two years, or roughly $16 billion a year, the source said.

When combined with the $24 billion U.S. agricultural export baseline in 2017, the total gets close to the $40 billion annual goal touted by U.S. President Donald Trump.

The $32 billion agriculture increase over 2017 was confirmed by Myron Brilliant, the U.S. Chamber of Commerce’s head of international affairs, who spoke to reporters on Monday in Beijing.

The numbers, expected to be announced on Wednesday at a White House signing ceremony between Trump and Chinese Vice Premier Liu He, represent a staggering increase over recent Chinese imports of U.S. manufactured goods.

Two other sources familiar with the Phase 1 trade deal agreed with the rough breakdown of the purchases, without providing specific numbers.

A spokesman for the U.S. Trade Representative’s office could not immediately be reached for comment.

When the Phase 1 trade deal was struck on Dec. 13, U.S. officials said China had agreed to buy $200 billion in additional U.S. farm products, manufactured goods, energy and services over the next two years, compared to the baseline of 2017.

They said they would publish targets for the four broad areas, but would keep details of specific products classified to avoid market distortions. Trump had mainly touted the increased farm exports, which would benefit a major political constituency that has been battered by Chinese retaliatory tariffs during his 18-month trade war with Beijing.

Company executives have been waiting eagerly for details of what other U.S. goods China would be buying more of, aside from farm products, after 18 months of tit-for-tat tariffs that have stalled U.S. business investment.