Medicine is at a turning point, on the cusp of major change as disruptive technologies such as gene, RNA, and cell therapies enable scientists to approach diseases in new ways. The swiftness of this change is being driven by innovations such as CRISPR (clustered regularly interspaced short palindromic repeats) gene editing.  CRISPR is one of the best technologies known in the markets across the globe for the process of gene editing. 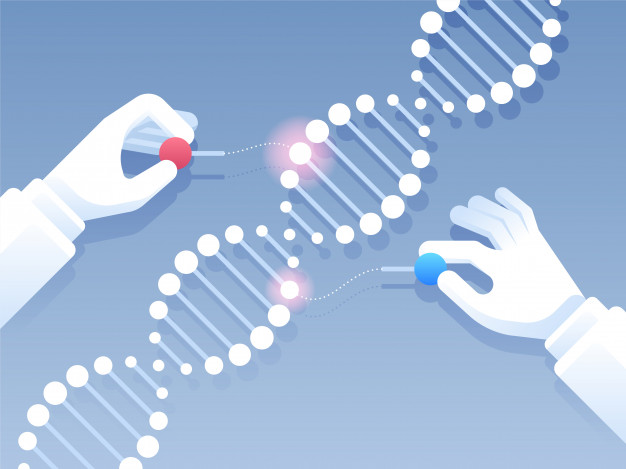 A research report by The Insight Partners states, CRISPR technology of gene editing market holds the largest market share and is expected to maintain its dominance in forthcoming years. This is mainly owing to the advantages offered by the CRISPR that includes the elimination of invading genetic material followed by enabling the organisms to respond to the changes made to the genes. Additionally, CRISPR-Cas9 is quicker, more cost-effective as well as accurate than any other available technologies used for DNA editing. Also, it has got wide-ranging applications owing to its versatility and accuracy.

Thus, the technology segment of the gene-editing market across the globe is predicted to reach US$ 6,132.3 million by the end of 2025. And CRISPR technology is majorly responsible for the rise of the segment, contributing a market share of 53.6%.

However, is Gene Editing ethically and legally acceptable to make changes in human DNA?

In April 2015, an announcement made by Chinese researchers in terms of human gene editing created controversy and fear among people for germline genome editing.  Also, He Jiankui had announced the birth of twin girls in November 2018, with an altered version of CCR5 gene, a modification that might possibly confer resistance towards HIV infection. Furthermore, some people have been arguing over a fact that the assurance of safe as well as effective germline gene editing therapies must avoid any sort of absolute ban or even prohibition. Moreover, making use of gene editing in order to improve the prospects of potential persons be an ethical imperative.

However, there is still a debate going on over societal and legal concerns where researchers as well as organizations, have expressed reservations about germline editing. Some are of the view that debate in terms of ethics & legality must go over and above the imperative of medical advancement by keeping in mind the rights of human beings. Besides, this group of people even believes that scientists should consider unknown consequences of gene-edited people as well as their future generations for any potential eugenic usages of the technology.

Whereas another group of people has pointed towards the accessibility of even safer as well as ethically acceptable mode of preventing defects of congenital genetic, for instance, pre-implantation genetic diagnosis.

Hence, WHO (World health Organization) is looking forward towards the situation along with a global multi-disciplinary panel of experts in order to examine the ethical, social as well as legal challenges accompanying human gene editing.