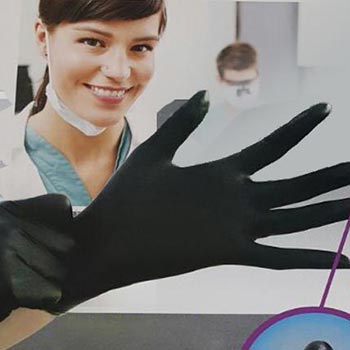 In a statement, the Malaysian firm said it was the “most outstanding performance yet” in its 29-year history following the significant increase in demand for gloves “from virtually every country in the world”.

World consumption of protective gloves is expected to jump more than 11% to 330 billion pieces this year, two-thirds of which are likely to be supplied by Malaysia, its rubber glove manufacturers association said earlier this month.

Executive Director Lim Cheong Guan said in an online press briefing that “the best is yet to come” and that the company could break its third-quarter record.

Top Glove’s monthly sales orders went up by some 180% during the quarter, resulting in long lead times ranging from 40 days to around 400 days - meaning that orders placed now would only be delivered over a year later.

“A lot of people are booking in capacity for fear of losing out. They are booking capacity for next year and even closer to the end of next year,” Managing Director Lee Kim Meow said, adding that government entities and embassies were prepared to pay more to protect their people.

Top Glove’s average selling price for its products has risen by as much as 30% since the beginning of this year, and spot prices rose as high as 150%.

The company said it was looking towards “extremely robust quarters ahead”, helped by strong demand growth, high utilisation and additional capacity coming onstream.

“With a year’s worth of orders in the pipeline, Top Glove is confident of delivering solid results not only for FY2020, but for FY2021 as well,” it said.