"In the past year we have bound significantly more carbon in the atmosphere than we emitted, and we will continue this trend, as we have publicly announced in our long-term goals," explains Cristiano Resende , Manager - Sustainability at Suzano. 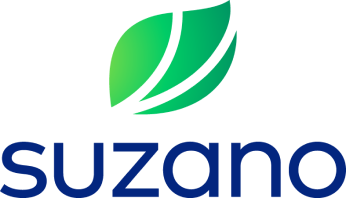 Suzano, the global reference in the production of organic products from planted eucalyptus, reports the first greenhouse gas inventory with consolidated data after the merger that gave rise to the new company. The result from emissions and the removal of greenhouse gases shows a climate-positive balance of 11.75 million tons of CO 2e (CO 2 equivalents) for 2019 . In other words, the company removed almost 12 million tons of CO 2e from the atmosphere in 2019 .

Suzano's inventory shows that the company  has tied the equivalent of 15.48 million tons of CO 2e through its forestry base, consisting of planted and protected areas. This is four times as much as the emissions recorded in the same period, which amounted to 3.72 million tons of CO 2 . These emissions binding and emissions figures can vary each year depending on the amount of eucalyptus trees planted and felled, the growth of natural native forests, the volume of production at the plant and the volume of products delivered to our customers.

"In the past year we have bound significantly more carbon in the atmosphere than we emitted, and we will continue this trend, as we have publicly announced in our long-term goals," explains Cristiano Resende , Manager - Sustainability at Suzano.

Suzano's goals include removing 40 million tons of CO 2e from the atmosphere by 2030. The company also aims to reduce specific emissions from its operations by 15% over the next ten years. Suzano wants to be even more climate-friendly and help to mitigate the factors that cause climate change.