Previous halving events from Bitcoin have triggered a bull run. This infographic helps consumers understand the key benefits and what comes next 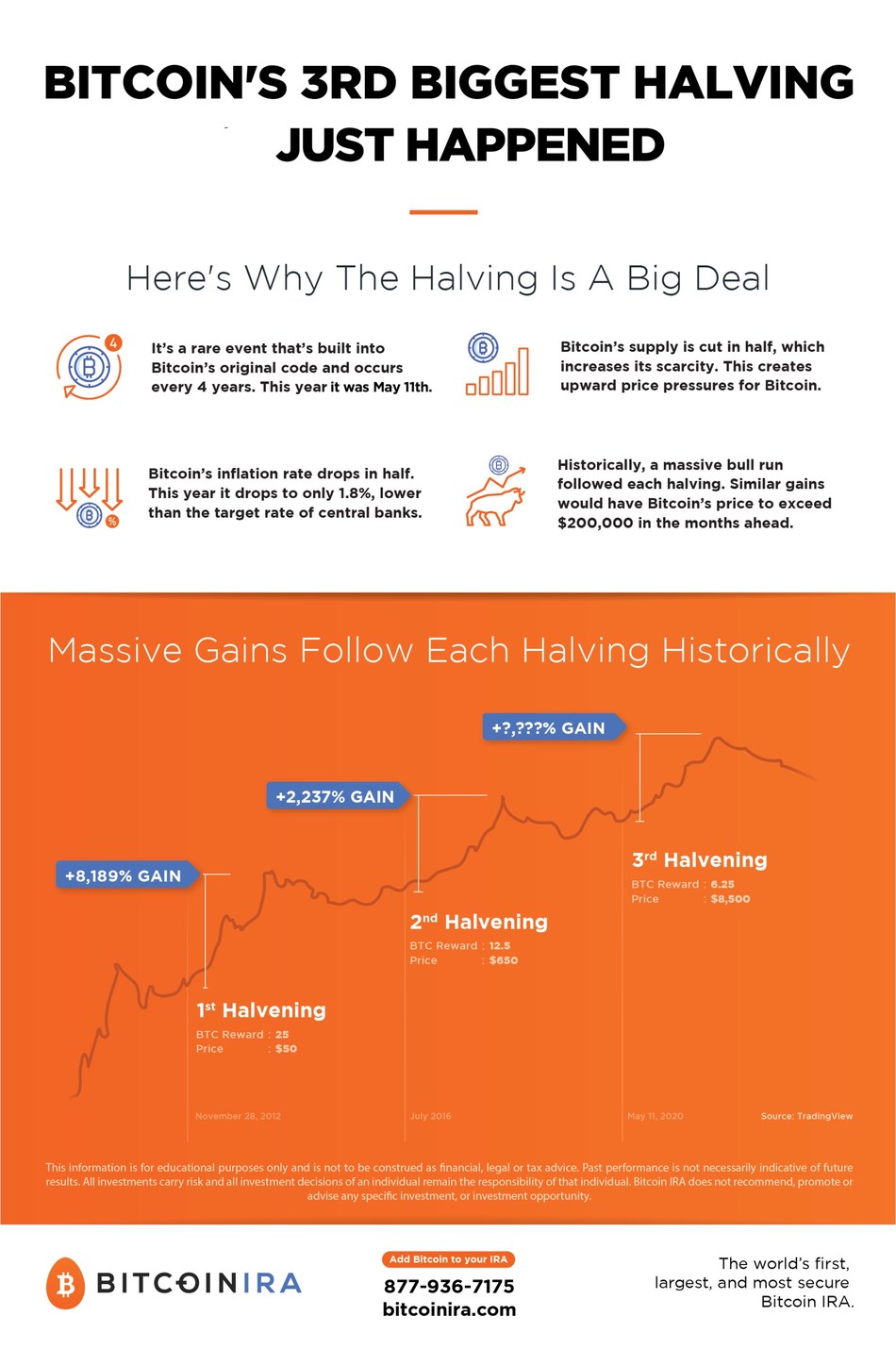 Bitcoin IRA, the world's first, and most secure digital asset IRA technology platform that allows clients to purchase cryptocurrencies and other digital assets for their retirement accounts, has published a new infographic detailing Bitcoin's third halving event—and in the aftermath what it could mean for investors.

The Bitcoin halving, which occurs every four years, is a monumental event for the cryptocurrency in which the rate of supply of Bitcoin is cut in half. This year, Bitcoin's rate of production went from 12.5 bitcoins every ten minutes to 6.25.

The result is a combination of decreased supply and increased demand for Bitcoin, creating upward price pressures. Additionally, the halving event in 2020 has now lowered Bitcoin's inflation rate to 1.8%, which is lower than the target rate of the U.S. dollar and other global currencies.

While it's too early to tell the exact effect this year's halving will have on the price of Bitcoin, historic data suggests that dramatic price increases could follow. Shortly after the halving in 2012, Bitcoin's price increased 8,189%, and after 2016, another bull run followed with a price increase of 2,237%. With the third halving just happening in early May 2020, Bitcoin's price could soon rise to exceed $280,000.

"Our internal data at Bitcoin IRA shows signs of increased demand for Bitcoin inside IRA & 401(k) accounts," explains Chris Kline, COO and Co-Founder at Bitcoin IRA, citing record transaction volume in April and May of 2020. "As more investors look for retirement alternatives to the traditional stock market and awareness of cryptocurrency continues to build, a promising trend will continue for Bitcoin."