Police in Hong Kong fired pepper pellets and made 300 arrests as thousands of people took to the streets on Wednesday to voice anger over national security legislation proposed by China, that has raised international alarm over freedoms in the city. 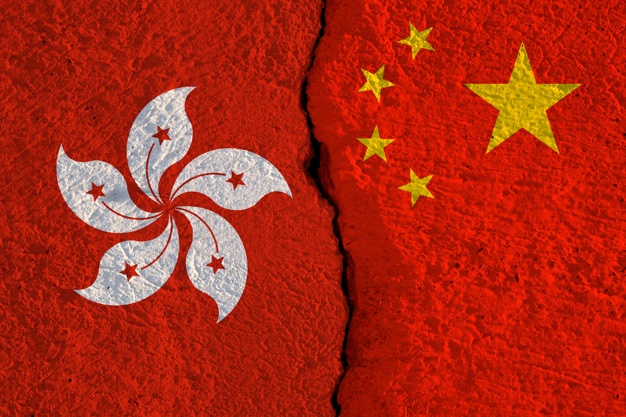 In the heart of the financial district, riot police fired pepper pellets to disperse a crowd, and elsewhere in the city police rounded up groups of dozens of suspected protesters, making them sit on sidewalks before searching their belongings.

A heavy police presence around the Legislative Council deterred protesters planning to disrupt the debate of a bill that would criminalise disrespect of the Chinese national anthem. The bill is expected to become law next month.

Angry over perceived threats to the semi-autonomous city’s freedoms, people of all ages took to the streets, some dressed in black, some wearing office clothes or school uniforms and some hiding their faces beneath open umbrellas in scenes reminiscent of the unrest that shook Hong Kong last year.

“Although you’re afraid inside your heart, you need to speak out,” said Chang, 29, a clerk and protester dressed in black with a helmet respirator and goggles in her backpack.

The United States, Britain, the European Union and others have expressed concern about the legislation, widely seen as a possible turning point for China’s freest city and one of the world’s main financial hubs.