Global shares tumbled on Friday as Hong Kong’s political unrest returned as a flashpoint in fast-deteriorating U.S.-China relations, following Beijing’s moves to impose a new security law on the city. 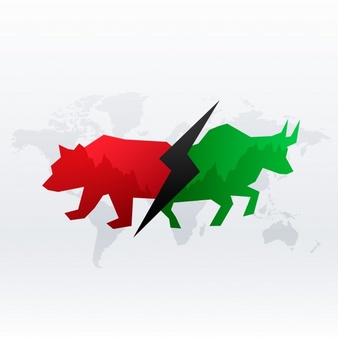 China is set to impose new national security legislation on Hong Kong to tighten its grip on the semi-autonomous city.

The decision drew a warning from President Donald Trump that Washington would react “very strongly” against the attempt to gain more control over the former British colony.

“It is starting to look like a U.S.-China summer of discontent in the making,” said Stephen Innes, chief global market strategist at AxiCorp.

“So far, China’s response has been relatively tame despite Trump’s daily goading. That might be due so that policymakers can focus on the NPC, but there is always the possibility of a firmer response.”

Hong Kong activists called on Friday for people to rise up against Beijing’s plans although a proposed midday march in the central financial district did not materialise.

The new Sino-U.S. rift comes amid already tense relations between the two superpowers after Washington stepped up its rhetoric against China over the coronavirus and other points of difference.

Earlier this month, the U.S. State Department delayed a report to Congress assessing whether Hong Kong enjoys sufficient autonomy from China to continue receiving special treatment from the United States.

Washington has ramped up criticism of China over the origins of the pandemic. Last week, it moved to block global chip supplies to blacklisted telecoms equipment giant Huawei Technologies, while the U.S. Senate passed legislation that could prevent some Chinese companies from listing their shares on U.S. exchanges.

Rising tensions are casting a pall over recent optimism that the worst of the pandemic’s economic impact was already over in most developed countries.

The pace of recovery remains highly uncertain — a point highlighted by China’s decision not to set an economic growth target this year for the first time in decades.

While Beijing pledged more government support for the virus-hit economy, it set a target to create over 9 million urban jobs this year, down from a goal of at least 11 million in 2019 and the lowest since 2013.

“The absence of a GDP growth target for this year confirms that, as we expected, policymakers accept that, after the plunge in Q1, economic growth will be low for 2020 as a whole even with a significant sequential recovery in Q2-Q4,” Oxford Economics said in a note to clients.