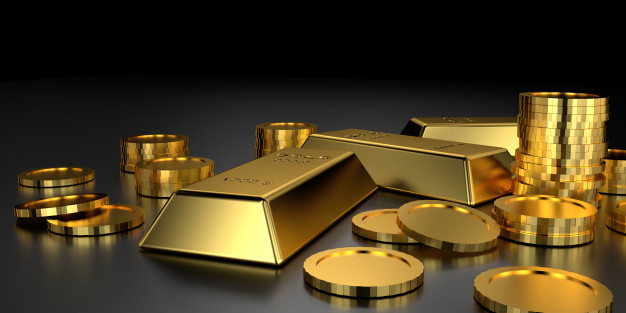 Gold fell more than 2.5% on Wednesday as concerns over the global economic impact from the coronavirus outweighed stimulus measures by the United States, forcing investors to dump most assets for the safety of cash.

“People are expecting a recession to come ... so, there is panic selling across energy, base and precious metals,” said Jigar Trivedi, a commodities analyst at Anand Rathi Shares and Stock Brokers in Mumbai.

“Liquidity pumping from central bankers and policy changes are not working in favor of the markets. We’re looking at an economic solution to the current epidemic, but the epidemic itself is the root cause. Unless there is a vaccine, the (panic in) markets will not stop.”

The virus, which has so far infected more than 196,000 people and killed over 7,800 worldwide, has wreaked havoc in markets as countries around the world go into lockdown to contain the spread.

Following U.S. stock futures and Asian shares, European equities fell on fears over the economic damage from the pandemic.

On Tuesday, gold had risen over 2% after the U.S. Federal Reserve said it would reinstate a funding facility used during the 2008 financial crisis to get credit directly to businesses and households on fears of a liquidity crunch due to the virus.

Meanwhile, the Trump administration pursued a $1 trillion stimulus package that could deliver $1,000 checks to Americans within two weeks to cushion the economy.

Britain launched a new lending scheme to provide short-term bridging finance for large businesses hurt by the epidemic, which will be run and funded by the Bank of England.

“We’re facing a major demand shock as car sales and consumer confidence takes a major hit. The key to the short term outlook is whether the long liquidation phase has run its course,” Hansen said.

“Considering we continue to see lower highs, we may not yet have seen all the selling.”