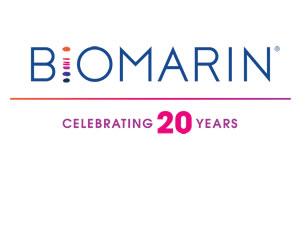 "After an exhaustive search of internal and external candidates, Brian was the most qualified as a 17-year veteran at BioMarin in finance combined with his demonstration of leadership as acting CFO.  I am confident that Brian's experience, skills, and commitment to the Company will be integral to our growth into profitability," said Jean-Jacques Bienaimé, Chairman and Chief Executive Officer at BioMarin.  "It also was clear that Andrea's leadership within our Finance organization and experience made her the most qualified candidate for Chief Accounting Officer to assume Brian's previous role.  It is a credit to BioMarin that we have such deep bench strength in our finance organization to be able to promote two highly qualified people into these key leadership roles as the company transitions into its next evolutionary phase of growth."

"It is an honor to be selected for the CFO role at BioMarin.  I have been a part of the Company's growth over the last two decades, and I am looking forward to continuing to support our efforts to develop therapies that make a meaningful difference in small patient populations," said Brian R. Mueller, Executive Vice President, Chief Financial Officer.  "As the company continues to develop breakthrough therapies for rare disease patients, the Finance function is positioned as a strategic partner to our critical research and development, technical, and commercial operations."

"I am looking forward to bringing my experience to the role of Chief Accounting Officer and to supporting the Company's strategic goals over the coming years," said Andrea L. Acosta, Group Vice President, Chief Accounting Officer.  "It is important that the crucial work that BioMarin is doing to advance the standard of care for rare disease patients is supported by a finance organization that is sensitive to the specific needs to fuel innovation."

Mr. Mueller has been with BioMarin since December 2002, during which time he has taken on roles of increasing responsibility.  Prior to being Senior Vice President, Acting CFO, he served as Senior Vice President, Finance and Chief Accounting Officer and as Group Vice President, Corporate Controller.  Before joining BioMarin, Mr. Mueller worked for KPMG as a senior manager in the firm's audit practice. Mr. Mueller joined KPMG after Arthur Andersen LLP ceased operations in June 2002, prior to which he spent seven years with Arthur Andersen LLP in the firm's audit and business advisory services practice.  From June 2014 to May 2020, Mr. Mueller was a member of the board of directors of Anthera Pharmaceuticals, Inc., a previously public biopharmaceutical company, where he also served as Chairman of the Audit Committee. Mr. Mueller received a B.S. in Accountancy from Northern Illinois University in DeKalb, Illinois, and is a member of the American Institute of Certified Public Accountants.

Ms. Acosta joined BioMarin in 2017 as Vice President, Corporate Controller.  Prior to BioMarin, Ms. Acosta worked at Levi Strauss & Co. as Vice President, Global Controller and Principal Accounting Officer where she had various roles of increasing responsibility in finance management during her tenure.  Previously, she worked at KPMG LLP as a manager in the firm's audit practice.  She earned a BS in Accounting at San Francisco State University and is a Certified Public Accountant.