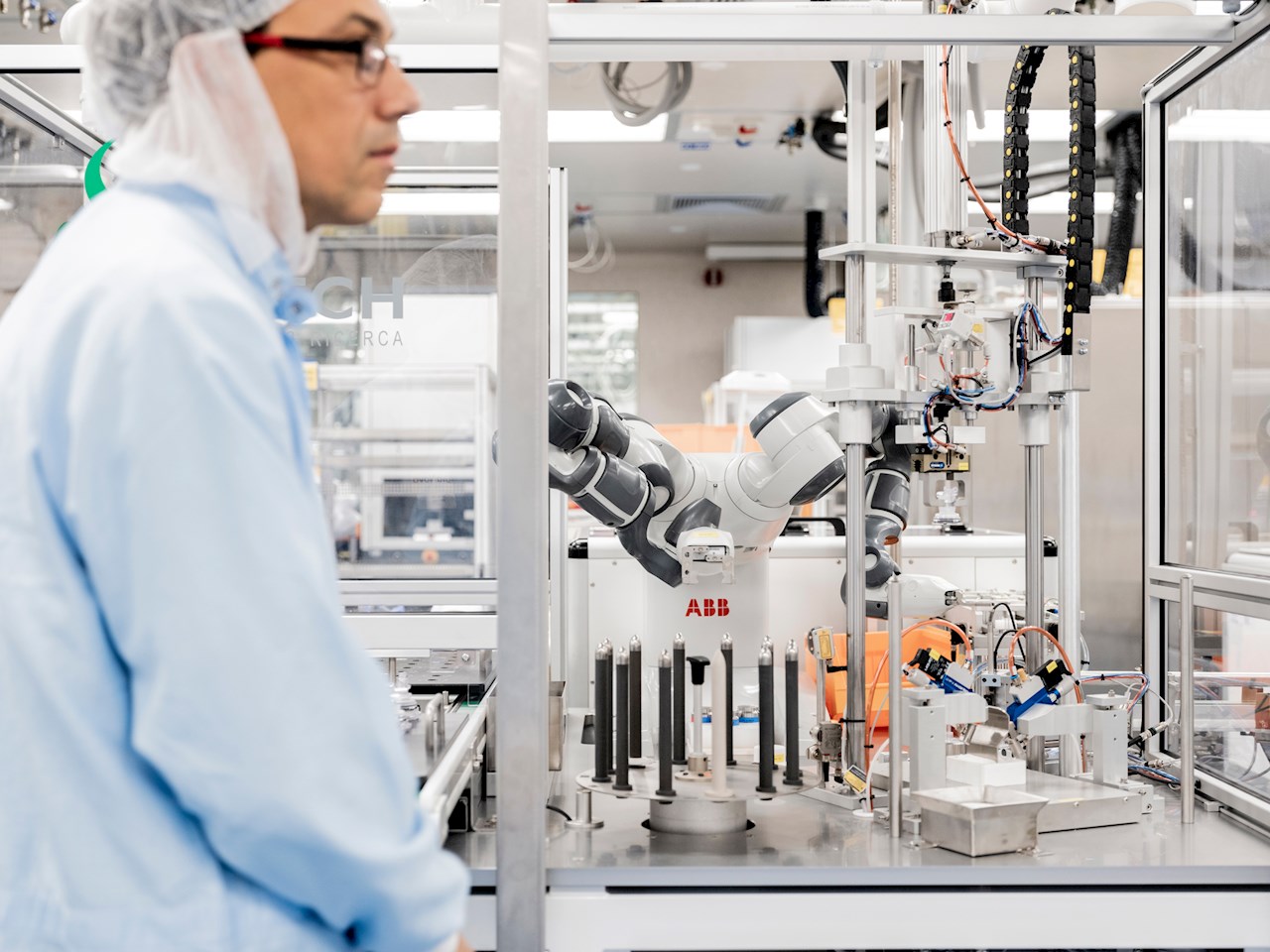 LivaNova is a global medical tech company that started in 2015 after the merger of Sorin Group and US-based Cyberonics. Presently the company generates nearly one billion dollar revenues from factories all across the globe. Furthermore, an Italian plant of the group, is a leader of cardiac surgery devices across the globe, especially oxygenators, heat exchangers, filters as well as blood separation centrifuges used in operation theaters during cardiac surgery.

LivaNova wanted to automate a semi-manual process towards improving safety for its employees. Thus the group approached ABB in search of a solution that would assemble and test components of blood separation centrifuges with the help of ABB’s Yumi cobot.

In order to assemble a particular element of blood separation centrifuges, known as "stem", LivaNova depended upon the understanding of Sintech’s system integrator along with the abilities of ABB YuMi cobot.

Claudio Sinico, Sales Manager at Sintech, said "After automating a part of the process with articulated robots two years ago. Automation has now been extended to the stem, involving assembling, testing, and solvent dispensing stations that operate in automatic and synchronized steps."

Additionally, LivaNova delivers almost 2,600 centrifuges to all its factories across the globe including its plant at the biomedical district of Mirandola, an Italian tow. These centrifuges were for the immediate usage of operation theaters for critical heart surgery, mainly for open heart surgery with extracorporeal circulation. Also, other products delivered included oxygenators, filters and heat exchangers.

YuMi’s dual-arm version has augmented efficiency of the process, aiding automate a semi-manual process followed by enhancing the wellbeing of operators who will possibly not require extended time for dispensing solvents.

As per the engineers of LivaNova, programing a robot skilled for a cleanroom is easier than programming the conventional articulated robots. This was mainly owing to an easier interface as well as an upfront picking point without requiring any specified skills.

Ultimately, with the assistance of RobotStudio, Sintech's engineers were able to program the overall working process of collaborative robot-aided islands effectively, simulating every single movement and testing the viability as well as cycle time of all the application.