Abb's robots installed at Apotea's Swedish logistic center has enabled in enhancing the work process not only at cost-effective rates but also effectively at reduced time. 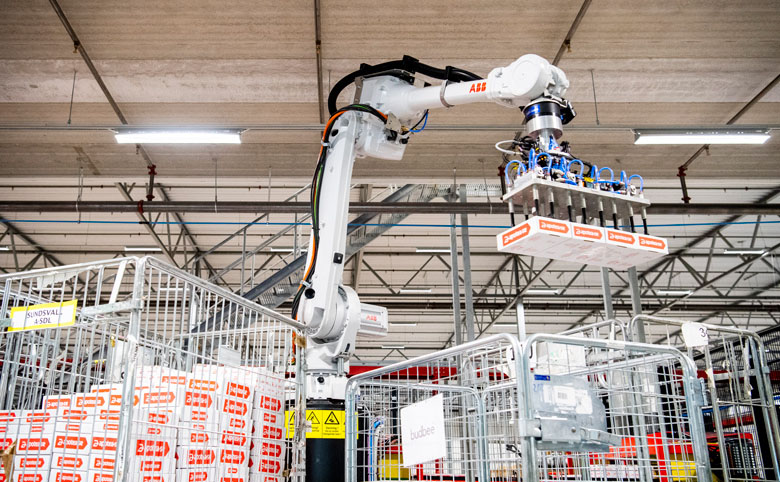 Apotea, an online pharmacy alike several other online businesses started delivering small packages across Sweden almost 7 years ago. The company has now become one of the biggest online pharmacy that delivers more than 170,000 packages to its customers almost every week.

One of the key reason that has contributed hugely towards the sales growth of Apotea, which has no physical stores is ABB’s IRB 4600. Moreover, robots in some of its logistics centers have assisted in fueling Apotea’s productivity by nearly 30 percent.

In addition, a busy working day at Apotea’s center generally included the delivery of more or less 35,000 packages that would be difficult with only human workers involved. Human workers will not only take a lot of time while arranging for such huge numbers but will include a lot of costs and lack efficiency. But as soon as ABB’s 3 IRB 4600 general-purpose industrial robots arrived in the logistics centers the processing became quicker as well as efficient. Furthermore, to develop a software solution that would enable robots in sorting followed by packaging the products directly into designated distribution crates ABB collaborated with Löfqvist.

A Sales Manager, Peter Öhrn at Robotics Sweden said, “The IRB 4600 is a highly productive general-purpose robot that perfectly fits the short cycle times required at Apotea’s fulfillment center. Reducing the time taken to efficiently sort and deliver products is an important factor in the e-commerce business and high-speed ABB robots are helping Apotea maintain its industry-leading status.”

Besides improving productivity, these robots have even helped in enhancing sustainability along with saving the productive time of workers. Also, ABB robots are well-prepared with a robotic safety software called as SafeMove2. SafeMove2 has the capacity of enabling every industrial robot as a collaborative robot.

These robots are able to even stop all robotic movements with the help of Arc sensors attached as soon as a human operator gets into the cell. This feature enables employees to change the load crates at fixed intervals that further follow restarting robots with just push of a button after the changes are made.

Pär Svärdson, CEO of Apotea, states “Our workers have gone from just lifting packages to becoming machine operators. The fact that they get more varied and qualified work is very positive (for employees).