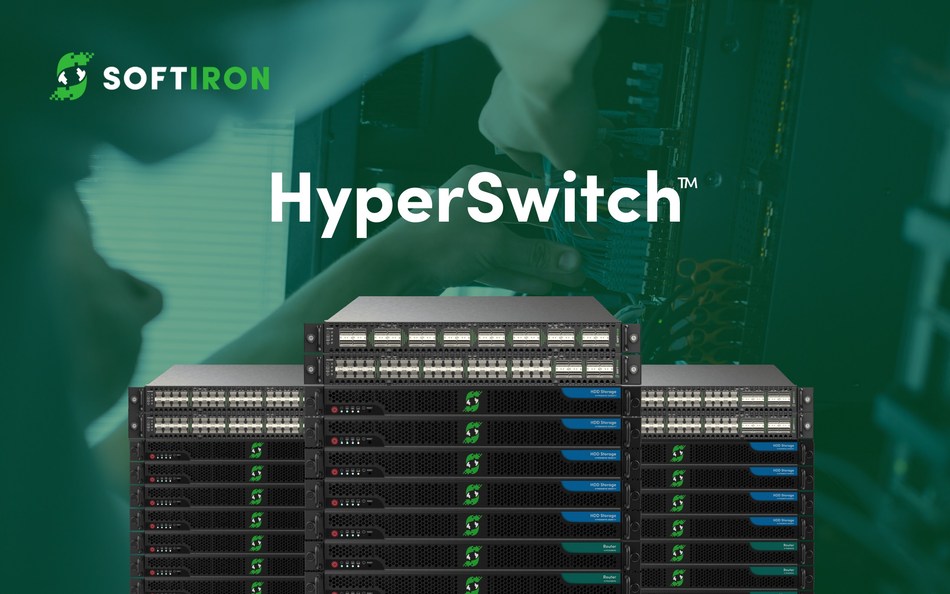 SoftIron Ltd., a purpose-built and performance-optimized data center appliances, announced the availability of the HyperSwitch™, its next-generation top-of-rack switch built to maximize the performance and flexibility of SONiC (Software for Open Networking in the Cloud), an open-source network operating system built by Microsoft for scale-out performance networking. The HyperSwitch family includes three models, each optimized for hyperscale data center performance with simplified core networking functionality, and wire-speed on all ports at all times with uncompromising performance.

SoftIron's HyperSwitch line of networking switches delivers simplicity, scalability and performance with packet speeds of up to 1.8 terabits per second, offering data center operators the ability to build lightning-fast, scale-out data centers without the compatibility issues and vendor lock-in of proprietary solutions. HyperSwitch units add power and extensibility by including an AMD EPYC™ Embedded 3000 Processor that can be used flexibly by network operators for network security applications such as firewalls, or for dedicated storage managers, and virtually any other software desired for custom networking operations.

The HyperSwitch family is built with the task-specific purpose of maximally leveraging the power of SONiC, an open-sourced network operating system pioneered by Microsoft for their Azure cloud platform. Built using the Switch Abstraction Interface (SAI), SONiC has innovated the networking space by breaking monolithic switching software operations into multiple containerized microservices. SONiC simplifies switch programming and offers operators independent control to build flexible, application-specific hardware platforms that meet their specific and/or evolving IT needs. As an extensible platform built for containerization, SONiC can be easily augmented with third-party components and software, delivering virtually endless capabilities that serve a range of needs from SMBs to hyperscale data centers. SoftIron's HyperSwitch creates a specialized hardware environment aimed at delivering the full power, performance, and scalability that SONiC has become renowned for.

"SoftIron believes that specialization fosters performance breakthroughs that are meaningful to customers. These breakthroughs provide performance advantages that don't exist with commodity hardware solutions," said Phil Straw, CEO of SoftIron. "No matter the performance grade of your compute and storage architecture, your system will only ever be as fast - or reliable - as your network. In HyperSwitch, SoftIron has created a top-of-rack network switching system, custom-built for maximizing the power of SONiC. HyperSwitch is optimized for the needs of the enterprise data center of the future - which is being faced with the scale-out challenges that come with 5G, IoT, artificial intelligence (AI), machine learning, and more. In an era where compute is expanding into new use-cases, having a performance switch without the vendor-lock in provides organizations with flexibility that hasn't been available in high-end networking equipment."